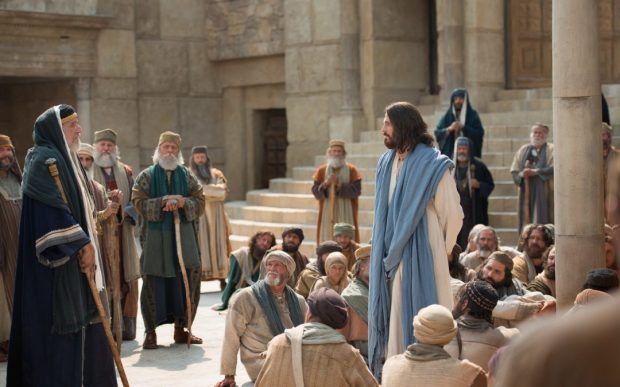 “Treacherous colleagues, competitive friends, bloody-minded commuters – it’s a war out there. And according to Robert Greene, it’s a conflict we’re ill-equipped to deal with. After analysing the moves of history’s great military leaders, he’s written a rulebook to achieving victory in life’s daily battles.”[1]

Spanning world civilizations, synthesizing dozens of political, philosophical, and religious texts and thousands of years of violent conflict, The 33 Strategies of War is a comprehensive guide to the subtle social game of everyday life informed by the most ingenious and effective military principles in war. Abundantly illustrated with examples from history, including the folly and genius of everyone from Napoleon Bonaparte to Margaret Thatcher, from Shaka the Zulu to Lord Nelson, and from Hannibal to Ulysses S. Grant, each of the thirty-three chapters outlines a strategy that will help you win life’s wars. Learn the offensive strategies that require you to maintain the initiative and negotiate from a position of strength, or the defensive strategies designed to help you respond to dangerous situations and avoid unwinnable wars.[2]

According to Penguin the publishers, this is “An indispensable book…  The great warriors of battlefields and drawing rooms alike demonstrate prudence, agility, balance, and calm, and a keen understanding that the rational, resourceful, and intuitive always defeat the panicked, the uncreative, and the stupid… The 33 Strategies of War provides all the psychological ammunition you need to overcome patterns of failure and forever gain the upper hand.”[3]

One Sabbath Jesus was going through the grain fields, and as his disciples walked along, they began to pick some heads of grain. The Pharisees said to him, “Look, why are they doing what is unlawful on the Sabbath?” (Mark 2:16, 23-24)

What was the strategy of the Pharisees?

They stalked his disciples – Intimidation

They were close enough to the disciples to see them helping themselves to some ears of corn. Luke 6 adds, “The Pharisees and the teachers of the law were looking for a reason to accuse Jesus, so they watched him closely.” (Luke 6:7). This is what Greener calls Strategy 11 “Know your enemy”. Get close enough to know their weaknesses. Today there are plenty of pharisees who troll via the internet. They stalked his disciples.

They criticised his behaviour – isolated

They asked, “Why are you doing what is unlawful…” (Mark 2:24). They were seeking to intimidate Jesus and his disciples, by accusing him of law breaking. This is Strategy 10 in Greener’s book – “Create a threatening presence – deterring strategies”. They criticised his behaviour.

They condemned his values – incriminated

“Why are you doing what is unlawful on the Sabbath?” This is Strategy 25, the “Righteous Strategy” – claiming the moral high ground and questioning your opponent’s motives.

For them, doing things right was more important than doing the right things. When Jesus refused to be intimidated,

They conspired to destroy him – liquidated

“Some of them were looking for a reason to accuse Jesus, so they watched him closely to see if he would heal him on the Sabbath… Then the Pharisees went out and began to plot with the Herodians how they might kill Jesus.” (Mark 3:2, 6)

Luke adds “they were furious” (Luke 6:11).Jesus had flouted their laws, overruled their authority, and exposed their hatred before the entire crowd in the synagogue. They were blinded by hate.  So when Jesus exposed their motives, he became their enemy.” Jesus anticipated this when he instructed his disciples,

“I am sending you out as sheep among wolves. Therefore be as shrewd as snakes and innocent as doves” (Matthew 10:16).

“He answered, “Have you never read what David did when he and his companions were hungry and in need? In the days of Abiathar the high priest, he entered the house of God and ate the consecrated bread, which is lawful only for priests to eat. And he also gave some to his companions.” Then he said to them, “The Sabbath was made for man, not man for the Sabbath. So the Son of Man is Lord even of the Sabbath.”
(Mark 2:25-27)

The Pharisees were professional theologians – like judges today. But Jesus questioned whether they had even read the scriptures. “You question is a very elementary one, and one that reveals a very poor grasp of the Scriptures.” The story Jesus refers to is recorded in 1 Samuel 21:1-6. Each week twelve consecrated loaves of bread, representing the twelve tribes of Israel, would be placed on a table in the house of God, the tabernacle. At the end of the week, the old loaves were replaced and eaten by the priests (Leviticus 24:9).

On one occasion, the high priest gave this consecrated bread to David and his men to eat as they were hungry and fleeing from Saul. David’s need for food was more important than the priestly regulations. By comparing himself and his disciples to David and his men, Jesus was saying, in effect, “If you condemn me, you must also condemn David.” By referring to himself as “Lord of the Sabbath”, Jesus was claiming authority over them and redefining the Sabbath as a day of refreshment, worship, and healing.  Jesus countered their hypocrisy with Scripture. Brothers and sisters, the Scriptures are to be our only weapon, not your pen or email, not our blog or tongue, and least of all the back of your hand. The Scriptures are the sword of the Spirit. The Word of God in the hands of the Spirit of God, will cut through every human argument, every false premise, every deceitful scheme. What is our part in this? The Apostle Paul instructs Timothy, “correctly handle the word of truth” (2 Timothy 2:15). Get to know the Scriptures – read it every day – ask God to help you understand and apply it.  Jesus countered their hypocrisy with Scripture.

Jesus said to the man with the shriveled hand, “Stand up in front of everyone.” Then Jesus asked them, “Which is lawful on the Sabbath: to do good or to do evil, to save life or to kill?” But they remained silent.” (Mark 3:3-4)

Someone has defined tradition as “the living faith of those now dead,” whereas traditionalism is “the dead faith of those now living.” Jesus’ critics were locked into traditionalism. They had long since forgotten the reason behind the Sabbath observance which was to honour the Lord. Instead, they focused solely on the mindless rule keeping that is the empty soul of legalism. Never let your traditions become traditionalism. “People become like the Pharisees when they use religion to judge and condemn others instead of reaching out to them with loving concern and the truth of the gospel.”[4]  How does Jesus respond?  He takes the initiative. He stands up to his opponents.

But he will not fight on their hypocritical terms or use their methods. Instead he turns the tables on them. Strategically, he takes the controversy to them. Jesus appeals to their logic as well as their conscience, as he did on a previous occasion when he said, “Which is easier: to say, ‘Your sins are forgiven,’ or to say, ‘Get up and walk’?” (Mark 2:9). This is because Jesus wanted a change of heart in his opponents. He was not trying to win an argument.  How ironic that Jesus was seeking to heal while they were plotting to kill. It must have been obvious to everyone in the Synagogue who was guilty of breaking the Sabbath. Jesus dealt with the causes not the symptoms. Knowing what they were thinking he spoke, he was proactive.  Mark tells us “But they remained silent.” (Mark 3:4). They were unwilling to repent, unwilling to concede to his logic, unwilling to recognise Jesus power, unwilling to submit to his authority. Jesus countered their hypocrisy with Scripture. Jesus challenged their motives with substance.

“He looked around at them in anger and, deeply distressed at their stubborn hearts, said to the man, “Stretch out your hand.” He stretched it out, and his hand was completely restored.” (Mark 3:5)

I think this is the only time we see Jesus perform a miracle while angry. He is angry and in deep distress.  But how does he channel his deep anger and distress?  He looks around at them in anger but says to the man in compassion “Stretch out your hand.”  As the man did so, his hand was miraculously restored. God created the world with the power of his spoken word.
And the Son of God does so here, to their utter amazement.   How should we handle opposition? God insists,

“Do not repay anyone evil for evil… do not take revenge… Do not be overcome by evil, but overcome evil with good.” (Romans 12:17).

Jesus said “I have come to seek and save the lost” and he would not allow those who opposed him to side track him from his purposes, or to deflect him from his mission. He doesn’t back down. He isn’t intimidated. And neither must we be. One of the principles I live by is this – I do not intimidate and I will not be intimidated. . Opposition is however, an unavoidable consequence of following Jesus.

Jesus promised us “No servant is greater than his master. If they persecuted me, they will persecute you also.” (John 15:20)

The apostle Paul adds, “In fact, everyone who wants to live a godly life in Christ Jesus will be persecuted,” (2 Timothy 3:12).

So you have a choice to make. You can either follow Robert Greene’s, The 33 Strategies of War or follow Jesus’s strategy for peace.  But remember you cannot serve both masters.

Like Jesus, you have a mission to fulfill, regardless of your circumstances, irrespective of the opposition – to follow Jesus. What ever keeps you from your God-given purposes is your enemy. What are your purposes? You were planned for God’s pleasure, so spend time in each day with our Lord Jesus Christ, reading God’s Word and praying.  You were formed for God’s family, so meet with God’s people every Sunday to build one another up. You were created to become like Jesus. You were shaped for serving God in and through his Church.  You were made for a mission, like Jesus to be peacemakers.

What was Jesus’ strategy for peace? Jesus countered hypocrisy with Scripture. Jesus challenged motives with substance.

Jesus channelled his passion into saving. How should model our lives on him?  Don’t let other people impose their values, their priorities or their traditions on you. Deal with the causes not the symptoms and seek peace. Don’t let anyone deter you, or anything to distract you from fulfilling God’s purposes – to know Jesus and make Jesus known. In the week ahead, when you face opposition, as you most certainly will, realise that loving other will make you enemies, however hard you try and avoid it.

And finally,  remember that ultimately its not a question of which strategy you follow but whose strategy.