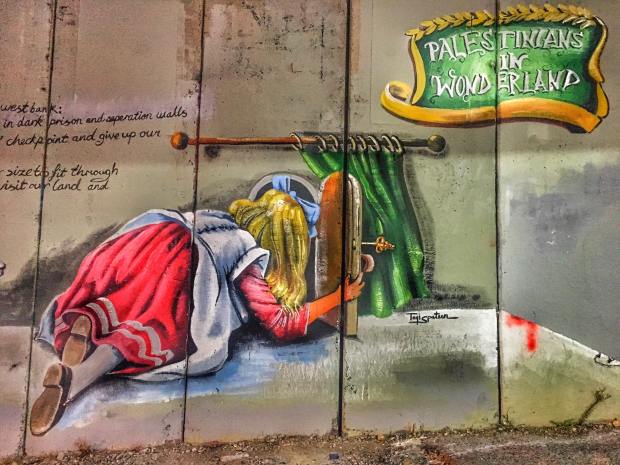 The Israeli Committee Against House Demolitions (ICAHD) arrange regular advocacy tours of Israel and Palestine. These observations and photos were taken on a recent tour. 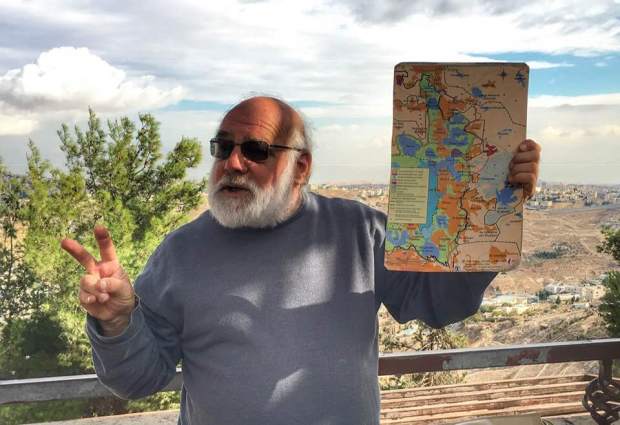 Jeff Halper is the founder of the Israeli Committee Against House Demolitions (ICAHD). On our recent tour Jeff showed us how the Matrix of Control works – the Israeli-only roads, Palestinian house demolitions, the Separation Wall, Israeli settler colonies, checkpoints, closed military areas and infrastructure discrimination. 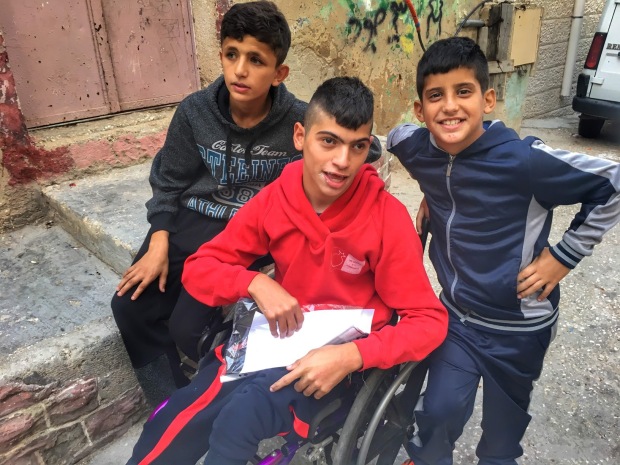 We visited Bethlehem University to meet students and faculty to hear first hand about education under occupation. BU is the only Christian university in Palestine. 78% of the students are Muslim. 22% are Christian. Demand is high. They accept only one in three applicants. They have 3,300 undergraduates and graduates. Students spoke about the constant obstacles they must overcome to complete their studies. The closures, checkpoints and discrimination are just some of the additional challenges they face in order to gain a degree in Palestine. It was inspiring to hear of their hopes for the future. 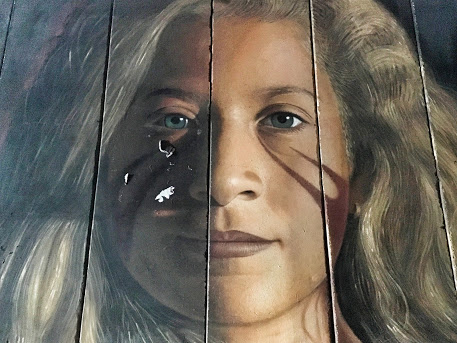 In an unpredictable environment the university has created a safe, caring place of learning. They are training future leaders of Palestine. One member of the faculty pointed out that she has never been allowed by the Israeli authorities to visit Jerusalem just a few miles away but she has visited the USA 13 times. 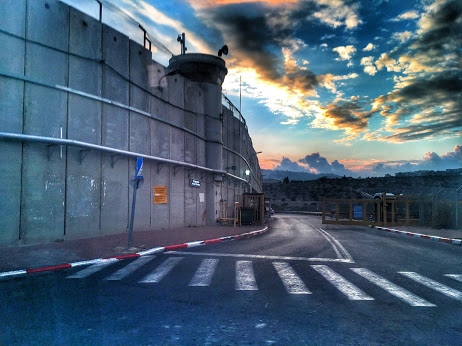 BADIL is the Resource Centre for Palestinian Residency and Refugee Rights. The right of Palestinian refugees is one of the key issues that must be addressed if there is to be a lasting peace. BADIL has active involvement in the UN Human Rights Council in Geneva. Staff we met spoke about the policies of silent transfers, multiple permit regime, land confiscation, denial of land use and denial of residency as means of depopulating the land in order to facilitate settler colonialism. 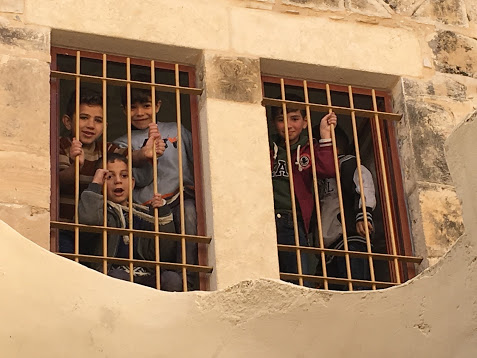 In Hebron, the centuries old bustling market is now a deserted ghost town. Most shops have been welded shut. The main street is now reserved for settlers and soldiers. Palestinians must walk along a narrow path behind a high fence. Armed religious settlers are colonising the town, protected by a powerful military, while the indigenous residents are corralled into dilapidated enclaves. 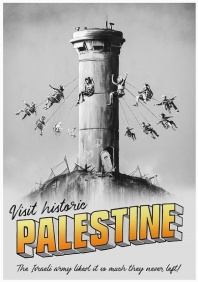 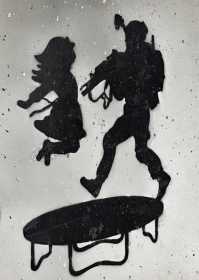 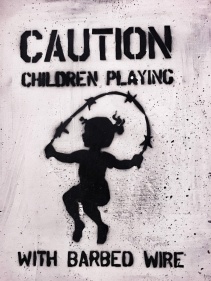 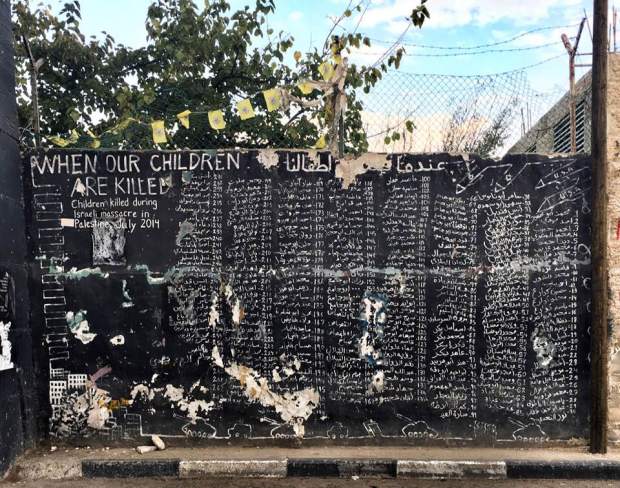 The matrix of control is as brutal as it is stark. The heart of Hebron has been ripped out. I felt more depressed here than anywhere else in all of Palestine (except Gaza). If this is a prototype for what is planned for other towns in Palestine, then God help the peace process. 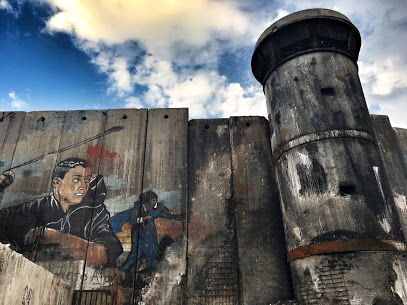 In Bethlehem we met the staff of the Lajee Cultural Center in Aida Refugee Camp. Located along the eight-metre high cement separation wall in the north of Bethlehem, he camp is known as the most tear-gassed place in the world. The Israeli army closely monitors the camp and invades it regularly. Discover how the Lajee Centre campaigns for the legitimate rights of Palestinians within Aida Camp and hear about its programmes to equip camp youngsters with life skills for employment. 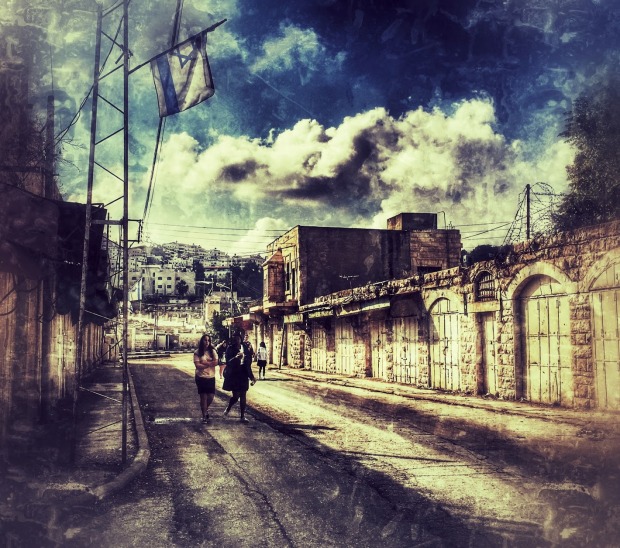 The Hebron Rehabilitation Committee is restoring the historic architecture of Hebron’s Old City and protecting the rights of Palestinian residents. They are investing in the future of Palestine by enabling families to return to the Old City. 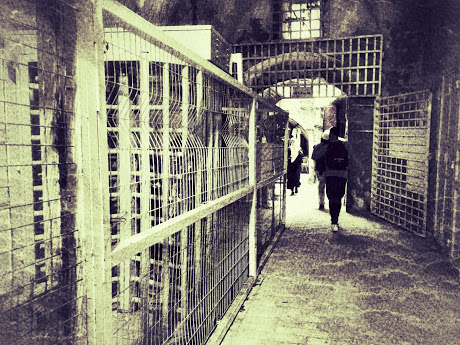 We visited Atta and Rudina Jaber at their home in the Bakka Valley across from Kiryat Arba, near Hebron, where Moshe Dayan first used the system of using military orders to seize land for settlements. The Jaber family lost 90% of their land when Kiryat Arba was established. Their home was demolished twice and they suffer ongoing harassment from the religious settlers. Israeli bulldozers razed their remaining parcel of land in February 2018. The photos show a demolished well Atta had constructed to provide water for his land. 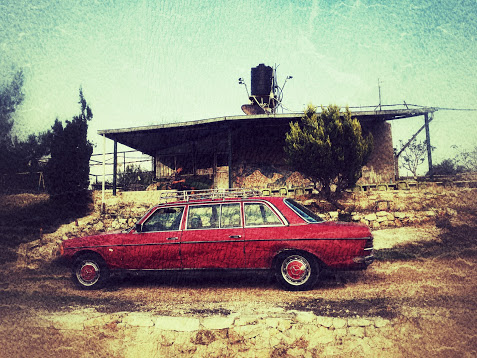 The Tent of Nations is located on a hilltop south of Bethlehem. Surrounded by five Israeli settlements, the Nasser family’s legal battle to stay on their family land is entering its 27th year. Yet despite the relentless adversities, the family refuses to despair. They persist in lovingly cultivating the land, tending their crops and building bridges of understanding wherever they can. Read their moving story here http://www.tentofnations.org 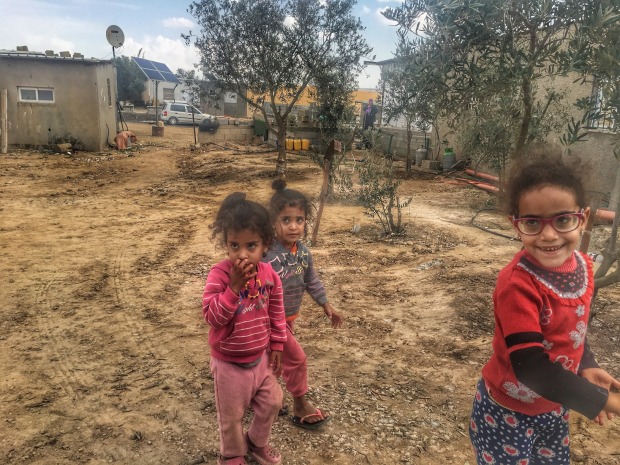 The Negev desert is home to many unrecognised Bedouin villages. On our recent tour we went to meet Khalil Al-Amour, a lawyer, teacher and community representative who gave us a tour of the villages near Beersheba. We witnessed their struggle to remain on their historic land as they try and resist home demolitions, displacement and the construction of new Israeli settlements. We also visited Khalil’s village of Al-Sira to learn about how that community has been empowered to non-violently resist Israel’s discrimination and displacement policy. 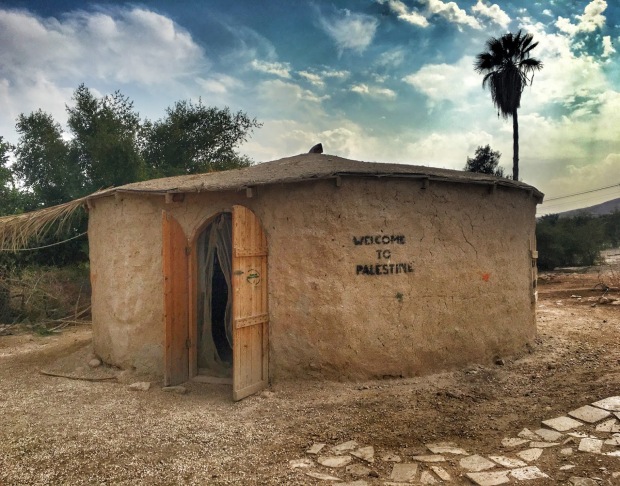 In Ramallah we met Gerard Horton and Salwa Duaibis from Military Court Watch. They monitor the treatment of Palestinian children and youth in Israeli detention. They shared about the use of collective punishment, child detainees and the devastating affect that this has on families.  Read more here http://www.militarycourtwatch.org 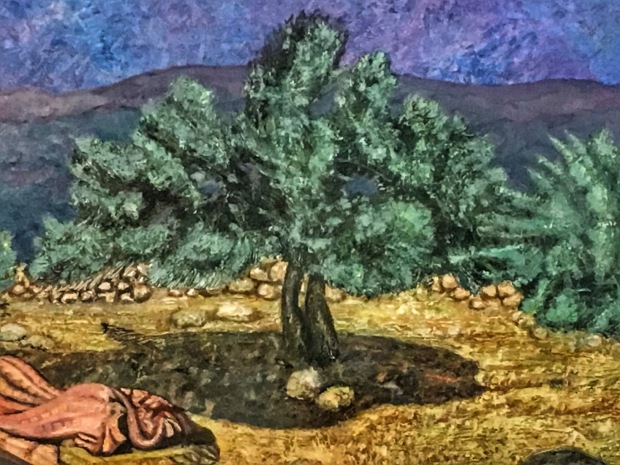 The Jordan Valley Solidarity Campaign advocates for the improvement in the dire living conditions experienced by the Palestinians who struggle to remain on their land. Many find themselves living in areas Israel designated as closed military zones and all suffer from severe water shortages and land confiscation. We visited the new community centre constructed during ICAHD’s latest building camp for internationals in Bardala in the north of the Jordan Valley. Read more here http://jordanvalleysolidarity.org 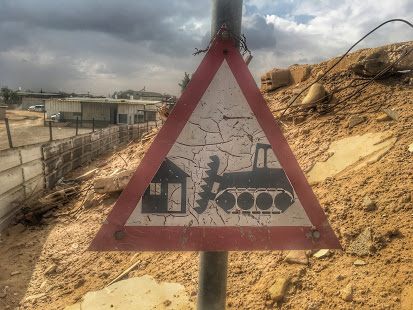 Jonathan Cook is an award-winning journalist and author. He recently gave us an illuminating political analysis concerning the status of Israeli Palestinians. Jonathan led us through Saffuriya, near Nazareth, a village destroyed during the 1948 Nakba and where Israel’s continued Judaisation of the land is taking place. We also visited Nazareth Ilit (meaning elite), the Israeli part of Nazareth, and the flagship of Israel’s Judaisation program in the Galilee. Read more here https://www.jonathan-cook.net 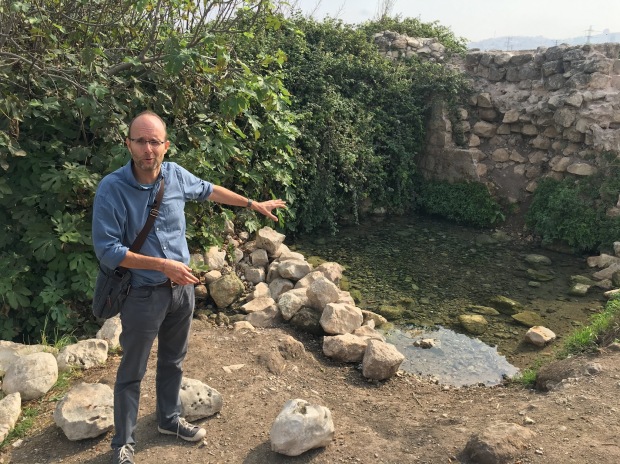 Every time I leave Palestine I suffer from a mild form of PTSD. I feel raw, frustrated, angry and depressed at what I have seen and heard on the ground. But I try and channel it into something constructive – a more determined, focussed and re-energised advocacy on behalf of justice, peace and reconciliation. 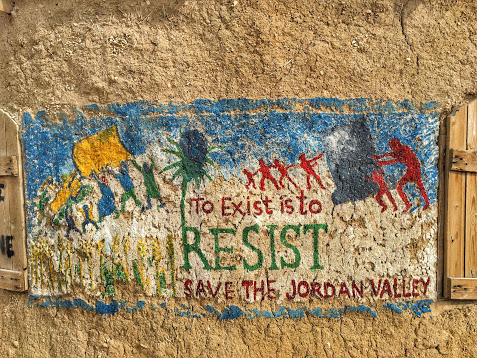